The Last Crime were a short-lived band from Long Island, New York. As a going concern they released a four-song 10″ / five-song CDEP for boutique label The Omega and played gigs with the likes of Neurosis, Dystopia, Today Is The Day, Dahlia Seed, Garden Variety, Eucharist and Hail Mary.

CZ has long championed them as a taut and pained emo obscurity, but it turns out that vocalist/guitarist Kevin Egan wasn’t that way inclined at all. Live and learn, eh?

This interview comes about due to the surprise release of two unreleased songs, recorded by J. Robbins shortly before the band called it quits. They’re available digitally and as a limited-edition cassette via the newly-formed Sunken Temple imprint. Why not listen to them here while reading these words?

CZ: Ok, so can you set the scene for us a bit? How, when and why did The Last Crime get together?

Kevin Egan: I think it was the summer of 1994. I met Steve while he was going to Stony Brook University, which isn’t too far from where I grew up. We talked about doing a band for a while and then eventually we made it happen. He already had a drummer lined up (Rich) so it was really easy to just jump right into it. When it was time to add a bass player we asked Eric Svirda who was going to Stony Brook at the time.

What was the aim for the band? Did you have a set idea as to how you wanted The Last Crime to sound when you set out?

We wanted it to be heavy and metal-ish. Also, a little trippy. We were really into Neurosis, Shellac, and Pink Floyd at the time. We hung out and listened to music together a lot, so eventually the band sounded like the music we listened to.

Kevin, you were in both Beyond and the 1.6 Band before The Last Crime. How did these experiences shape/inform what you’d do with The Last Crime, and how would you say your view of hardcore evolved/developed from band to band?

The people in Beyond and 1.6 Band were all such great musicians; it was impossible not to learn an insane amount from them about music. They were my closest friends for a lot of years, so their influence on me is everlasting.

I think I took some of my vocal style from those bands and brought it to the Last Crime, though I was into different types of music with the Last Crime, so there were other influences as well.

I wasn’t listening to a lot of hardcore then. I was listening to metal bands and bands like Dinosaur Jr. I just wanted to try different things musically. There are limitations to hardcore if you view it in a very narrow way.

The classic (lazy?) view of New York hardcore tends to focus on stuff like Cro-Mags and Agnostic Front or, if you were weaned on Heartattack, Born Against and ABC No Rio. There was obviously a lot more going on, however, so it would be interesting to hear what your experiences of the scene were, and how you think The Last Crime fit in.

We played with a lot of hardcore bands, but I don’t think we considered ourselves a hardcore band. Like I said we were into metal and bands like Shellac. We wanted to make things musical. It wasn’t about a political statement or even a personal statement, which usually is the case in hardcore.

That being said, I don’t think I ever stopped listening to the Cro-Mags’ ‘Age of Quarrel’. That is greatest hardcore record of all time.

To me the band pulled from the DC bands of the early/mid 90s, along with the darker, more groove-laden side of 90s emo (Shotmaker, Republic Of Freedom Fighters, Policy Of 3 etc.). Would these be accurate influences, or am I wide of the mark?

I’ve never heard of any of the bands you mentioned. There is some DC influence, but I would say Beyond and 1.6 Band was more influenced by DC. Like I said, we were really into Neurosis and Shellac.

Vin Novara from 1.6 Band wound up in The Crownhate Ruin – another post-hardcore band I think were criminally overlooked. I was wondering if you drew any influence from TCR, or whether there was any sense of friendly competition/rivalry with your old bandmate?

We played with them once, but I don’t think I heard their record until after the Last Crime broke up. I don’t think we sounded anything like them. There was no competition. They lived in DC and we lived in New York.

Can you tell us what a typical Last Crime practice session was like?

We burned through a lot of cases of Budweiser during Last Crime rehearsals. For most of the life of the band, we rehearsed in Rich’s bedroom in his parents’ house. It was tiny, and we had Marshall stacks up against the walls blasting our ears. I worried at the time about my hearing, but luckily, I didn’t do any damage.

I always liked emo/post-hardcore bands who managed to lock into that hypnotic, meandering groove – what was the motivation there, and what kind of headspace would you find yourselves in while the band was chugging away like that?

We were really into trippy music. Pink Floyd especially. Their albums ‘Meddle’ and ‘Ummagumma’ were very influential on us.

I was thinking about the music. It was my job to help the bass player and drummer hold down the groove, so I locked into that.

Tell us a bit about the writing and recording of the 10” – how did the songs come about, what went into the lyrics and were you pleased with the final results?

Steve wrote all the music. I wrote all the lyrics I sang, and he wrote his own lyrics as well. Again, the music was reflective of what we were listening to. I’d go to his dorm room and he’d have a song ready to show me and I’d take it home and write my vocal parts to it.

We recorded with Alap Momin out in New Jersey. Alap was a pro and a really nice guy. I think we banged it out in a weekend.

I wanted to write metal lyrics. I think that’s there on the record definitely. I also experienced a break-up with someone and that’s in there too. The first track on the record was written during a lightning storm in New Mexico. I was inspired to write as I was witnessing it. The rhythm of the vocals is influenced by Bob Dylan who I was also listening to a lot of the time.

I’m happy with the recording. We were a short-lived band, so I’m glad it was documented.

What was your relationship like with the label(s) who put the record out? The Omega only released a handful of things, but the ‘Ourselves’ comp had some interesting/important acts on it (Converge, Disembodied, Coalesce…) and the Khmer Rouge 7” was also pretty neat…

Ian Richter ran the Omega. He was a really nice guy who put up with a lot of bullshit from us. We were still children emotionally at the time and he was usually the only adult in the room.

How was the 10” received at the time? What were the reviews like, and did people ‘get’ you?

People were into it. We would have decent sized audiences at our shows in New York and Long Island.

What were Last Crime shows like? I found it interesting that you played with bands like Neurosis and Dystopia, who were sonically very different indeed but nevertheless part of a wider underground scene of bands making odd, difficult, challenging music…

We played hard. We were definitely loud, but we also turned down at times because we knew it would work better in the room. Steve had a great ear for stuff like that.

What can you tell us about the two unreleased songs that Sunken Temple have exhumed? What kind of growth/development would you say they represented for The Last Crime, and how do you feel about the songs now?

I personally think they’re the two best songs we recorded. It was also our first attempt at writing songs in time signatures other than four/four. It’s challenging music to listen to. I still put those songs on and get excited. I just listened to them the other day. It’s really interesting music.

What was it like to be recording with J. Robbins at Inner Ear?

I was excited because I grew up listening to Minor Threat and all those great DC bands that recorded there. J was very quiet and professional. Again, we were children emotionally, so he had to play the adult in the room.

What ultimately broke the band up, and how do you think things might have evolved if you managed to stick together?

Steve was focusing on his career as an engineer. I don’t know what would’ve happened. I try not to think about stuff like that.

What were the best, worst and weirdest experiences you had while you were in the band?

The best moments were on stage when we were locked into each other. It was like magic.  The worst moments where when we were supposed to be on time for a show and couldn’t get there for whatever reason. As far as the weirdest, there’s a lotta stuff that happened that I could never talk about publicly. It was a wild ride for sure.

What did you take from the experience, and did your time with The Last Crime inform or inspire what you went on to do afterwards?

I learned to play guitar during the Last Crime. I could barely play when we first got together but Steve was very patient, and those guys were open to me learning as we went along. I’m a pretty good guitar player now and I definitely wouldn’t be if it hadn’t been for those guys.

Do any of you have any current projects or endeavours that we should be aware of?

I sing and play guitar in a band called the Lost Pilgrims of the Second Plateau, though I just started writing songs with someone else from another seminal Long Island band from the 90s. I’m not sure if he’d want me to mention his name. Anyway, we’re not sure where it’s going to lead, but I’m excited about that project also.

Rich plays in some sick bands The Third Kind , Vise Massacre and Gridfailure.

Is there anything you’d like to add, or anything I’ve missed?

Thanks for taking the time to interview us! 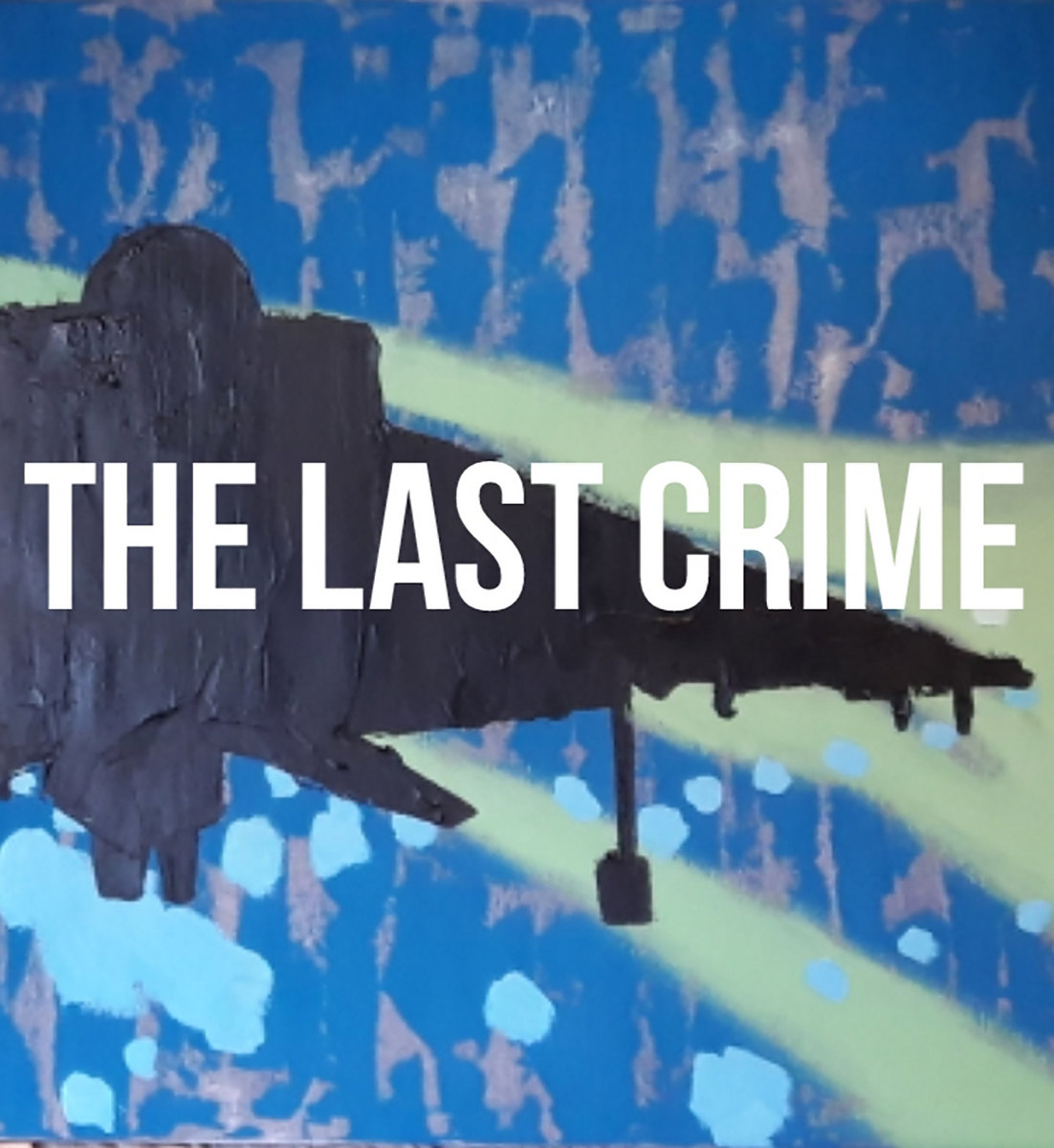